Germany has a diverse appeal and attracts many visitors every year. The main focus for groups is historical sites but many German itineraries can include neighbouring Austria to extend the focus of your trip further. From its towns and cities to Unesco world heritage sites and alongside Bavaria’s religious centres, Germany has a lot more to offer than you may think. 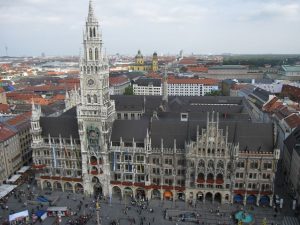 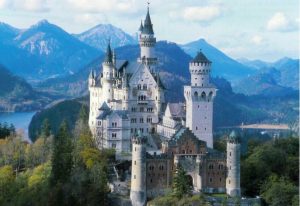 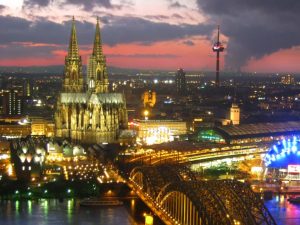 Please see below for an except from a tour in Germany that we have successfully run in the past.

This morning, meet your coach and local guide for a panoramic sightseeing tour of Berlin. Drive along the Kurfurstendamm, a long strip of ritzy shops, cinemas, bars and cafés. The great landmark is the Kaiser Wilhelm Gedaechtniskirche, destroyed by British bombing in November 1943 and left, unrestored, as a reminder of the futility of war.  See the Brandenburg Gate and the Reichstag. Immediately behind the Reichstag you can just discern the course of the Berlin Wall, the destruction of which was so symbolic of the end to East – West struggles.  There will be a visit to Haus am Checkpoint Charlie which tells the story of the Wall and those who tried to break through.

Your guide will leave you at the end of the panoramic tour at the entrance to the Berliner Dom, the largest church in the city where a self-guided visit has been arranged.

There will be time at leisure to enjoy a stroll on the magnificent boulevard of Unter den Linden, one of the most beautiful areas of Berlin, leading to Pariser Platz.

This morning, meet your coach and local guide for a combined walking and panoramic sightseeing tour of Salzburg; sights include Schloss Mirabell Palace, Hellbrunn Palace, Salzburg Cathedral, St Peter’s Abbey, the City Gate and the Marionette theatre. Finish with a visit to Getreidegasse, Salzburg’s most famous street with its high, narrow houses tightly nestled together; at No. 9 is the house where Mozart was born in 1756.

This afternoon, rejoin your coach and depart for Hallein Salt Mines, and receive a traditional miner’s welcome, before starting your guided tour.

This morning, join your coach for your transfer to Neuschwanstein Castle for your self guided-tour of the 19th Century Romanesque Revival Palace, situated above the village of Hohenschwangau. The Palace was commissioned by Ludwig II of Bavaria as a retreat.

This afternoon continue to Garmisch-Partenkirchen, founded by uniting the two towns of Garmisch and Partenkirchen to create a larger town for the 1936 Winter Olympics. Here you will take a return cable car trip to Zugspitze, the highest mountain in Germany at 2,962 metres above sea level.