Italy is famed for its cuisine and great pasta and pizza, but there is a lot to be discovered away from the fantastic food. Spend time studying ancient Rome and visiting the historical sites, see the Vatican City, enjoy cruising the canals in Venice or even succumb to the food and discover the history of the Neapolitan pizza and its protected ingredients. 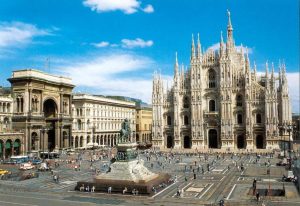 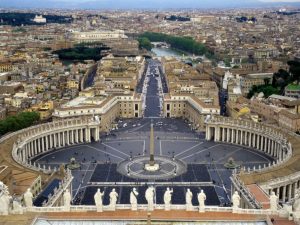 Please see below for an excerpt from a tour in Italy that we have successfully run in the past.

Enjoy a walking tour of Imperial Rome and visit the Roman Forum where you will see the remains of how the capital looked in the second century BC. Visit the Colosseum, the ancient amphitheatre which is one of the most famous sights in Europe built by Emperor Vespasian in AD72.This afternoon the Choir is to sing at the Basilica dei Santissimi Apostoli during the offering, benediction, and communion.

Meet English speaking guides and depart the hotel with packed lunches for today’s visit to the hilltown of Tivoli, once a favoured resort of ancient Romans who were attracted by its fresh water and sulphur springs. Visit the town’s most famous sight, Villa D’Este, a sumptuous country residence created in the 16th century from the shell of a Benedictine monastery. Visit the ruins that were once Hadrian’s Villa, considered to be one of the largest and most spectacular villas ever built during the Roman Empire. Hadrian’s aim was to reproduce some of the wonders he had seen around the world.

Meet English speaking guides and depart the hotel with packed lunches and transfer to the Vatican.

An audience with the Pope.

It will be decided on the day if permission will be granted for the Choir to give a short recital in front of the Pope.

Depart Vatican City and return to the hotel.